Crime Wave #4 – Contender for the Crown

Contender for the Crown

Crime Wave is a monthly crime column exploring an array of genre topics, from giants such as Chandler and Stark to the modern day masters like Megan Abbot, from essays to interviews to bloody knuckled arguments. 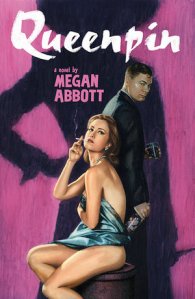 This Crime Wave was going to be a deep dive into Raymond Chandler, but I just received another Megan Abbott novel in the mail and it brought me such joy during the pandemic, I decided to address the classic noir voice with a current author. Chandler, along with Dashiell Hammett, probably have earned the most credit for setting the tone and tropes of noir. Bad choices and cigarettes, fedoras and people ruined by their own ambition. I believe Megan Abbott has not only captured this particular style better than any writer working today, but that she’s built upon it, reversing the point of view to show us noir through the female gaze.

Abbott is best known for her suspense novels set in the present day, often featuring the tension and violence of women (some in high school) with a skill that makes them sing as dangerously as the best of Richard Stark’s work. In fact, the recent TV series Dare Me was an adaptation of one of these novels.

She has, however, written several novels set in the mid-twentieth century, directly invading the turf of the noir giants and more than holding her own. In Die a Little, Abbott exposed the underbelly of 1950’s Hollywood. She turned her gaze to Phoenix in 1931 to write Bury Me Deep, inspired by true events. But it’s in Queenpin where she slips on the brass knuckles to knock noir straight in the teeth.

From the back cover copy of Queenpin:

A young woman hired to keep the books at a down-at-the-heels nightclub is taken under the wing of the infamous Gloria Denton, a mob luminary who reigned during the Golden Era of Bugsy Siegel and Lucky Luciano. Notoriously cunning and ruthless, Gloria shows her eager young protégée the ropes, ushering her into a glittering demimonde of late-night casinos, racetracks, betting parlors, inside heists, and big, big money. Suddenly, the world is at her feet–as long as she doesn’t take any chances, like falling for the wrong guy. As the roulette wheel turns, both mentor and protégée scramble to stay one step ahead of their bosses and each other.

I want the legs.

That’s what our twenty two year old protagonist thinks the first time she sees the infamous Gloria Denton. It’s the first line in the entire novel and sets the tone for what is to come.

People in noir tales trip over their own bad decisions, sometimes they get up and sometimes they stay down. Often the characters feel they’ve been forced into making shady choices. The jilted lover. The drunk ex-cop. The beauty of Queenpin is that our narrator came from a poor but honest home, she wasn’t forced into criminality, she wanted it. The skill of Abbott’s writing keeps us sympathetic, even when she makes terrible choices and digs herself deeper and deeper into the underworld, because she’s always the underdog. Always the student learning from the Jedi master of crime.

Revealing the story of Gloria Denton from the point of view of her young protégé, was a brilliant choice, because Gloria is one dangerous woman and in a sea full of sharks, our narrator is a minnow. She learns to launder jewels, to talk her way out of a police stop and push aside the endless line up schmucks looking for some action. She’s entered a world of mobsters and beatings and murder, but the jewels and excitement and glitz lure her on like a will-o-the-wisp as she defines herself anew, part Gloria Denton, part her own dark cravings. And if I say any more I’ll give away the plot.

Queenpin is the perfect novel for the noir-curious and veterans alike. I’d pair it with a Martini or an Old Fashioned, but that’s only because it brings out my own craving for the edge. Queenpin could be a boxing poster announcing a new contender for the crown. For my money, Megan Abbott can stand toe to toe with the best.

John C. Foster was born in Sleepy Hollow, New York, and has been afraid of the dark for as long as he can remember. His most recent novel, The Isle, grew out of his love for New England, where he spent his childhood. He is the author of three previous novels, Dead Men, Night Roads and Mister White, and one collection of short stories, Baby Powder and Other Terrifying Substances. His crime novel Rooster will be published in 2020 and he’s currently working on a second crime novel, Six Girl Smile. His stories have appeared in magazines and anthologies including The Seven Deadliest, Dark Moon Digest, Strange Aeons, Death’s Realm and Lost Films, among others. He lives in Brooklyn with the actress Linda Jones and their dog Coraline. For more information, please visit www.johnfosterfiction.com.