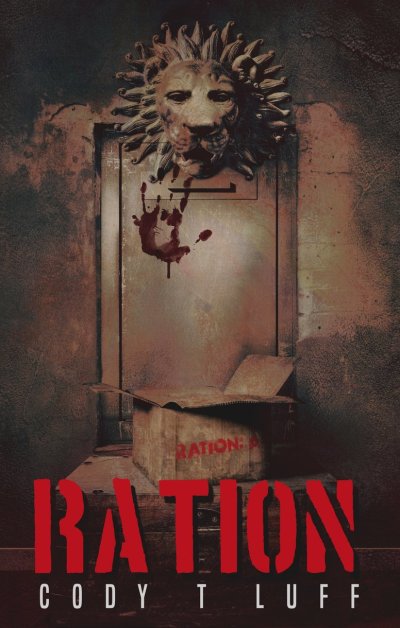 Today we are excited to announce that we are giving away a paperback copy of Cody T Luff’s Ration, which is being released on August 13 through Apex! This giveaway is open to U.S. residents only. If you’re curious as to what Ration is about, here’s the official synopsis:

Set in the far future, Ration is an unflinching take on the ways society can both thrive and go wrong as pressure to survive builds.

All the girls who live in the Apartments are forced to weigh their own hunger against the lives of the others living in the building. When Cynthia is wrongly accused of ordering an “A” ration, she punished by the other girls. Eventually, she is forced to leave the Apartments along with Ms. Glennoc, one of the former managers who has tormented and abused her for years. Together, they encounter a world of even more scarcity, but one filled with politics and intrigue. Cynthia struggles to return to the Apartments and help the girls who are still there.

Forced to reconcile her role in the destruction of these girls with the greater needs of society to find any sustainable source of calories, Ms. Tuttle makes one bad decision after another while she grapples with a mother who is growing more and more impatient with her mistakes.

Ration is a dark and forceful book, written in a surprisingly nuanced and accessible way. It combines the darkness and despair of The Road and The Handmaid’s Tale, but has notes of charm like Lauren Oliver’s Replica.

Ration has been garnering rave reviews in the horror community and is definitely a book you will want to check out. Ink Heist will have a review in the coming weeks. All you have to do is click the link below to enter and follow Ink Heist, Apex and Cody T Luff on Twitter. However, if you want to increase your chances of winning, we have provided some options to gain more points. The giveaway runs from August 9th until August 23 , so be sure to enter for your chance to win a copy!