A Whisper at the Window

The Whisper Man – by Alex North

Outstanding debut thriller which will chill you to the bone 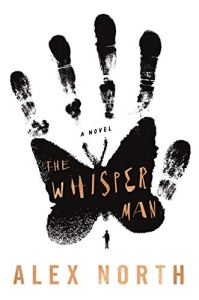 I read Alex North’s debut novel over three tension-filled evenings, on the final night the clock was crawling well past the witching hour, but my Kindle was telling me I still had an hour of reading in front of me. Could I put it down? No, I could not. When it comes to crime fiction I am quite a fussy reader and am gripped only by the very best, having become tired with the never-ending cycle of unreliable narrators and books being told alternatively from the ‘him’ then ‘her’ perspective. This outstanding novel trashes that familiar mould from start to finish.

The Whisper Man might not be a horror novel, but it creeped me out substantially more than anything else I have read recently. For much of the tale, there is an underlying but very faint whiff of the supernatural which the author handles superbly and considering this is a debut release it is a remarkably clever and assured work of fiction. Often I find crime writers mature and improve over a sequence of novels, Alex North shakes off that assumption and hits the tarmac kicking and screaming. This highly entertaining thriller is no trial run or promise of better to come, I’ll be surprised if I read a better crime novel all year.

Jaded crime readers may think the plot sounds a tad familiar, but immediately kick that thought into touch and dive right in. The disappearance and police search for a young child is indeed a well-trodden literary path, but the way The Whisper Man weaves a compelling story told through several points of views is second to none, raising it well above other thrillers. A major strength is the believability of these exceptionally well-drawn characters from the broken adults, to the exhausted police and the withdrawn children.

The story opens with moderately successful novelist Tom Kennedy wishing he had a better relationship with his introverted six-year-old son Jake. He is recovering from the death of his wife, Rebecca, whom Jake found dead at the bottom of the stairs after a freak heart-attack some months before. Tom struggles to cope with the boy and prays that when he starts his new school he will settle. He does not.

Much of the plot is also seen from Jake’s point of view and his thoughts often mirror those of his father. He is an outstanding character. Jake also wishes they had a closer relationship and the pain of the loss of his mother is too much for him to bear. The dynamics between the father and son is a major strength and as the story develops it becomes very moving with Tom trying his best to be a good single parent. Jake is very sharp and aware that his father is struggling, this makes everything more heart-breaking and when you throw in a seriously convincing invisible friend it becomes increasingly difficult to pull your eyes from the page. You may even shed a tear for the little boy who remembers his mother with his ‘Packet of Special Things’, which he takes everywhere and his father is not allowed to look into. Many crime novels would cover these family interactions superficially, neglecting the compassion which comes with the minor details, but Alex North really brings this heart-breaking situation to life.

Tom and Jake have recently moved to the sleepy English village of Featherbank and initially do not realise they have arrived at a very bad time as a six-year-old boy, Neil Spencer, who would have been in the same class as Jake has disappeared. The two are wrapped up in their own problems and don’t notice the local media circus. This leads us to the next major character, Detective Inspector Pete Willis who helps with the investigation. Pete is not in charge of the search but has a very special interest in it, as the circumstances of the disappearance are uncannily similar to a case he led fifteen years earlier. A twisted serial killer, Frank Carter, murdered five young boys and Pete was responsible for catching him. However, he was never able to truly close the case as they only uncovered the bodies of four of the children. Vowing to find the remains of the fifth boy, Pete’s life disintegrated and the case became an obsession.

The killer became known as ‘The Whisper Man’ as he groomed the children by whispering (and befriending them) into their open windows late at night. Some of these sequences crackled with tension and atmosphere; although The Whisper Man was behind bars, the few scenes featuring him were unforgettable. He became so infamous there was even a Freddie Krueger style rhyme about him sung in the school playgrounds….

“If you leave a door half open, soon you’ll hear the whispers spoken

If you play outside alone, soon you won’t be going home

If your window’s left unlatched, you’ll hear him tapping at the glass

If you’re lonely, sad and blue, the Whisper Man will come for you.”

Even though it seems to be impossible the cases do seem to be linked and after the kidnapping escalates DI Willis and Tom Kennedy are thrown together in what was an expertly plotted book which kept the reader hanging until the bitter end. There were some very good twists and clever reveals which were backed up by compassionate and convincing characters which were very easy to get behind. This is a novel to be savoured over in a few nights and I am delighted to give it the five-star treatment it richly deserves. Alex North, welcome to the literary big league. What have you got in store for us next?

Buy The Whisper Man from Amazon