Cover Reveal for The Resurrectionists

Shane and I are excited to be able to bring you the cover reveal for Michael Patrick Hicks’ upcoming novella, The Resurrectionists. I’m a relative newcomer to Hicks’ work, but after reading Broken Shells last year, I’ve been hooked. It was blood-soaked, “Creature Feature” mayhem with a blistering pace and honestly, one of the most fun reading experiences I had last year. But, enough of my rambling. The real reason we are here is to announce The Resurrectionists and share the stunning cover that was created by Kealan Patrick Burke, who runs Elderlemon Design. It’s the first book in a planned series following Salem Hawley, a man who won his emancipation after fighting for the colonies during the American Revolution. However, years after the end of the British rule in the colonies, Salem finds himself drawn into a darker war that is unlike anything he could ever fathom. I’ll let the synopsis speak for itself, but a blend of resurrectionists, occultists, AND historical cosmic horror? That sounds like a recipe for one hell of a horror novel and I’m all in. This is one of my most anticipated summer reads and I have a feeling it will be one of yours too once you read the synopsis below.

Having won his emancipation after fighting on the side of the colonies during the American Revolution, Salem Hawley is a free man. Only a handful of years after the end of British rule, Hawley finds himself drawn into a new war unlike anything he has ever seen.

New York City is on the cusp of a new revolution as the science of medicine advances, but procuring bodies for study is still illegal. Bands of resurrectionists are stealing corpses from New York cemeteries, and women of the night are disappearing from the streets, only to meet grisly ends elsewhere.

After a friend’s family is robbed from their graves, Hawley is compelled to fight back against the wave of exhumations plaguing the Black cemetery. Little does he know, the theft of bodies is key to far darker arts being performed by the resurrectionists. If successful, the work of these occultists could spell the end of the fledgling American Experiment… and the world itself.

The Resurrectionists, the first book in the Salem Hawley series, is a novella of historical cosmic horror from the author of Broken Shells and Mass Hysteria. 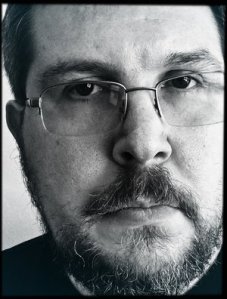 Michael Patrick Hicks is the author of Broken Shells: A Subterranean Horror Novella, Mass Hysteria, an Audiobook Listeners Choice Awards Horror Finalist, and Convergence, an Amazon Breakthrough Novel Award Finalist. He is a member of the Horror Writers Association and the Great Lakes Association of Horror Writers.

In addition to his own works of original fiction, he has written for the online publications Audiobook Reviewer and Graphic Novel Reporter, and has previously worked as a freelance journalist and news photographer in Metro Detroit.

Michael lives in Michigan with his wife and two children. In between compulsively buying books and adding titles that he does not have time for to his Netflix queue, he is hard at work on his next story.