Women in the Shadows 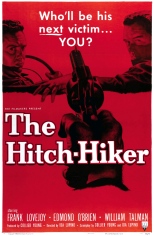 This is something we don’t talk about a lot but should. When people talk about cinema, horror in particular, you always hear a group of usual male suspects names being bandied about when it comes to speaking of directors. And while I’m certainly not going to deny the fact that there is an excess of damn good male directors, it’s important to point out that there are a lot of really fucking good female directors you should be paying attention to. Keeping in mind that this is not an exhaustive list, given that such a thing would be nigh on impossible, it is what I consider to be a sampling of some of the absolute best female directors in the business.

A young medical student struggling to pay tuition is drawn into the shady world of underground body-modification.

Residents of a worn-down Iranian city encounter a skateboarding vampire (Sheila Vand) who preys on men who disrespect women.

Doctor Louis Creed (Dale Midkiff) moves his family to Maine, where he meets a friendly local named Jud Crandall (Fred Gwynne). After the Creeds’ cat is accidentally killed, Crandall advises Louis to bury it in the ground near the old pet cemetery. The cat returns to life, its personality changed for the worse. When Louis’ son, Gage (Miko Hughes), dies tragically, Louis decides to bury the boy’s body in the same ground despite the warnings of Crandall and Louis’ visions of a deceased patient.

In New York City in 1987, a handsome, young urban professional, Patrick Bateman (Christian Bale), lives a second life as a gruesome serial killer by night. The cast is filled by the detective (Willem Dafoe), the fiance (Reese Witherspoon), the mistress (Samantha Mathis), the coworker (Jared Leto), and the secretary (Chloë Sevigny). This is a biting, wry comedy examining the elements that make a man a monster.

Cowboy Caleb Colton (Adrian Pasdar) meets gorgeous Mae (Jenny Wright) at a bar, and the two have an immediate attraction. But when Mae turns out to be a vampire and bites Caleb on the neck, their relationship gets complicated. Wracked with a craving for human blood, Caleb is forced to leave his family and ride with Mae and her gang of vampires, including the evil Severen. Along the way Caleb must decide between his new love of Mae and the love of his family.

Ray (Edmond O’Brien) and Gilbert’s (Frank Lovejoy) fishing trip takes a terrifying turn when the hitchhiker (William Talman) they pick up turns out to be a sociopath on the run from the law. He’s killed before, and he lets the two know that as soon as they’re no longer useful, he’ll kill again. The two friends plot an escape, but the hitchhiker’s peculiar physical affliction, an eye that never closes even when he sleeps, make it impossible for them to tell when they can make a break for it.

A high school student’s slumber party turns terrifying as an escaped mental patient with a drill decides to crash the evening.

A young woman goes searching for her missing artist father. Her journey takes her to a strange Californian seaside town governed by a mysterious undead cult.

Detective Diana Olmstead arrives on the scene of a body with a mysterious egg sac. A clue leads her to Innsmouth, where she meets a seductive and horrific fate in the form of Alice Marsh.

Bonus Round – My Monster – Izzy Lee

Christmas is coming. If that’s not stressful enough, Lily (Brea Grant) has to contend with a clueless partner (Adam Egypt Mortimer) and an unexpected, inter-dimensional holiday guest who just wants two things — blood and cuddles.

NOTE: There are two Izzy Lee films here for two reasons, first because they’re very short films so two for the price of one, and second because they’re amazing and Izzy Lee is an amazing Writer/Director. If you haven’t seen her work yet, you need to go unfuck that now.