OBSIDEO: A Prequel to WILL HAUNT YOU (Part 1)

Today Shane and I are excited to welcome author Brian Kirk to Ink Heist. Brian reached out to us a few weeks ago to talk about his upcoming book from Flame Tree Press, Will Haunt You. Through the course of our discussion, Kirk revealed a strange event he experienced that inspired his book and we asked if we could share that story. Kirk agreed, but due to the length of the story, we are partnering with a few other horror sites to share it. I was pretty unnerved when I read it and I have a feeling you will be as well when you read it. Below we have included Kirk’s recollection of the events that inspired Will Haunt You and the screenshots he managed to grab of the incident.

The idea for my next novel Will Haunt You was inspired by a couple from my neighborhood who mysteriously disappeared after discovering a strange book in their house. To say that I was mesmerized by this story is an understatement. I was obsessed with it. Following along with every post, and trying my best to figure out who was behind it. The first entry was posted on Nextdoor.com, in a private neighborhood crime watch group that I had joined. It grabbed my attention immediately. There was something familiar about that book, although I had never seen it before. 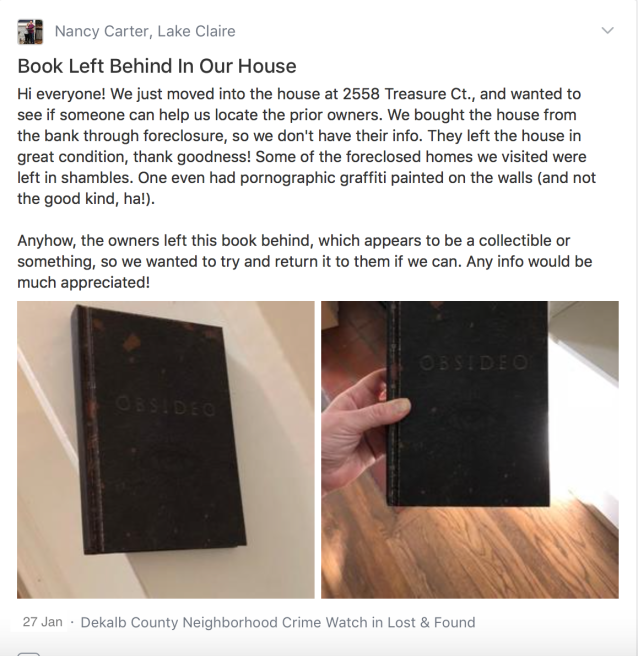 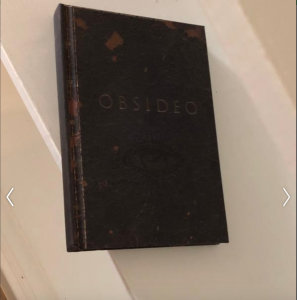 As much as that initial entry intrigued me, I didn’t hear anything else for a couple of weeks, so I forgot about it. Then came the second entry, and I was hooked from here on. 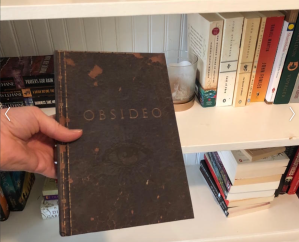 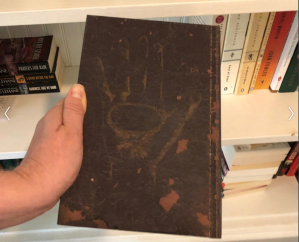 The story of this strange encounter continues tomorrow on Sci-Fi & Scary and HorrorTalk. Here is the full schedule of all the entries.

Synopsis
You don’t read the book. It reads you.
Rumors of a deadly book have been floating around the dark corners of the deep web. A disturbing tale about a mysterious figure who preys on those who read the book and subjects them to a world of personalized terror. Jesse Wheeler―former guitarist of the heavy metal group The Rising Dead―was quick to discount the ominous folklore associated with the book. It takes more than some urban legend to frighten him. Hell, reality is scary enough. Seven years ago his greatest responsibility was the nightly guitar solo. Then one night when Jesse was blackout drunk, he accidentally injured his son, leaving him permanently disabled. Dreams of being a rock star died when he destroyed his son’s future. Now he cuts radio jingles and fights to stay clean.
But Jesse is wrong. The legend is real―and tonight he will become the protagonist in an elaborate scheme specifically tailored to prey on his fears and resurrect the ghosts from his past. Jesse is not the only one in danger, however.
By reading the book, you have volunteered to participate in the author’s deadly game, with every page drawing you closer to your own personalized nightmare.
The real horror doesn’t begin until you reach the end. That’s when the evil comes for you.