To say that I’m excited to hear another Alan Baxter release, this time a full-length novel, is coming from Grey Matter Press would be an understatement at best. I just finished his new novella Manifest Recall and am preparing my review of that for HorrorTalk, but allow me to let slip the fact that I fucking loved that incredible book, finishing it from beginning to end in one sitting and instantly craving more of Baxter’s wild, mayhem riddled creations. That one just released yesterday and you can buy it on Amazon now. In the meantime, check out the badass cover and read more about Devouring Dark below.

Devouring Dark is Alan Baxter’s urban horror novel about a man plagued since childhood by a malevolent darkness that threatens to consume him. After a lifetime spent wrestling for control over this onslaught, Matt McLeod has learned to wield his mysterious paranormal skill to achieve an odious goal: retribution as a supernatural vigilante.

When one such hit goes bad, McLeod finds himself ensnared in a multi-tentacled criminal enterprise caught between a corrupt cop and a brutal mobster. His only promise of salvation may be a bewitching woman who shares his dark talent but has murderous designs of her own.

The gritty thriller Devouring Dark is based on Baxter’s award-winning short story “Shadows of the Lonely Dead” and is scheduled for release this fall. 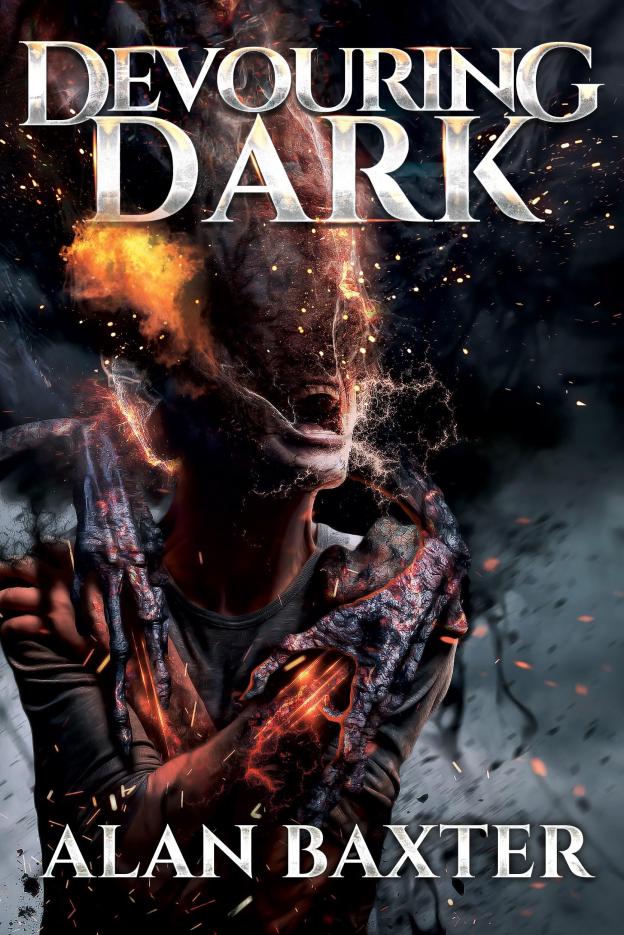 Keep an eye on Ink Heist for news of this and other new works from this amazing author, and also watch out for Rich Duncan’s review of Manifest Recall.