Michael Griffin is one of those new-to-me authors that became and immediate go-to choice for me last year when I read his first collection from Word Horde, THE LURE OF DEVOURING LIGHT and then later that year his novella HIEROGLYPHS OF BLOOD AND BONE. He’s one of the best weird horror authors in the business and a promising light for our genre, adding a welcome flair of originality and promise to an already rich field that includes such luminaries as Laird Barron, T.E. Grau and Livia Llewellyn. I’m happy to tell you that in just a few short weeks, his second Word Horde collection is destined to land on the shelves of your favorite retailer and you can pre-oreder that sucker from Worde Horde right now.

Heralded as one of the leading voices in contemporary weird fiction, Michael Griffin returns with his second collection, The Human Alchemy. Here you will find eleven magnificent tales of the strange and sublime, the familiar and the disquieting, where dreamlike beauty and breathtaking horror intertwine. Featuring an introduction by S.P. Miskowski. 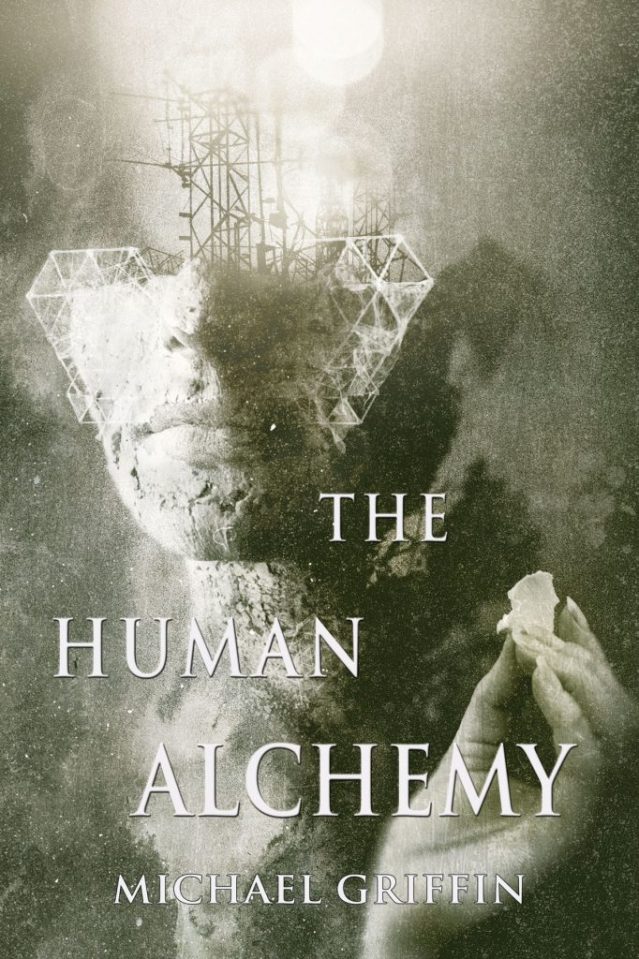 “Every story in The Human Alchemy is a finely-wrought tapestry, containing many shades of darkness and light. Michael Griffin deftly weaves together threads of loss, mysticism, and creeping fear to create a truly remarkable collection. His tales usher the reader through the familiar world, then reveals to them the infinite.” –Richard Gavin, author of Sylvan Dread

“Griffin’s characters often live in the aftermath of loss and, deeply wounded, they search for something to make them whole or to make them feel the world is not an arbitrary place. From cult followers awaiting enlightenment, to believers in mystical texts, to a mathematician who tries to formulate the structure of the world, to a woman who thinks she’s entering a threesome but ends up getting (and losing) so much more, Griffin’s characters pursue the lure of enlightenment into places that are very dark indeed–and once they’re inside, chances are they won’t be able to get out. A strong collection that makes us understand the weird in a powerful new way.” –Brian Evenson, author of A Collapse of Horses

“Michael Griffin’s The Human Alchemy is fine art dripping slime from another dimension. This is cool, strange, creepy, elegant fiction. Think Iceberg Slim in a tailor-made Italian suit channeling the best of Lovecraft while dragging it, kicking and screaming, into our time. Throw in crackling dialogue and an Escher-like ability to bend time and space while forging new realities and what you have is a collection that cements Griffin as one of the most stylish, unique, and entertaining voices in contemporary weird fiction.” –Gabino Iglesias, author of Zero Saints

“Michael Griffin’s The Human Alchemy reveals a multifoliatedly arcane world hidden beneath the surface of our own mundane one, riddling it with hell-holes, quicksand and potential ecstatic ruin. His stories snag and drown readers by degrees, fast or slow, every sequence a new section of reef lying in wait for unwary navigators, especially those trained to expect the usual horror tropes. In other words, damn this stuff is Weird.” –Gemma Files, author of Experimental Film

Preorder your copy of The Human Alchemy today.