The Albatross Around My Neck by Erik Hofstatter

Today we are excited to have Erik Hofstatter stop by Ink Heist to talk about the inspiration behind his latest novel Toroa and some of its prevalent themes. I have been following Erik’s writing since his debut Moribund Tales and it seems that he just keeps getting better with each release and I have no doubt that Toroa will be another stellar addition to his list of books. One of the last books I reviewed before we launched Ink Heist was The Crabian Heart, a novella that focuses on two outsiders dealing with love, heartbreak, and the desire for acceptance. I was blown away by The Crabian Heart which takes a coming-of-age story and mashes it up with some awesome body horror moments. I have loved all of Hofstatter’s shorter works and have always wanted to read a longer work from him, so I’m glad I will finally get that chance. Toroa was recently released through Sinister Grin Press and based off my previous experiences with Hofstatter’s work, I can’t wait to dive into this story. Make sure you pick up a copy and read through some of his previous works. There is a lot of great stuff in them for fans of dark fiction.

The Albatross Around My Neck 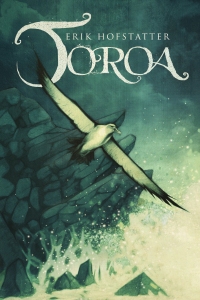 When I was growing up in the Czech Republic, my mother teased me about the circumstances of my birth. “You did not come out of me,” she insisted. “Where did I come from then?” I asked. She gazed at me with something like curiosity. “It was just another empty, meaningless day. I was strolling through a park when an albatross dropped out of the grey sky, clutching a bundle in its pink pale bill. I peered inside, and there you were! I raised you as my own.” Or so she claimed. I cannot recall my reaction. Not sure I want to. Years later, I thought I’d have fun with reversing that story. What if an albatross wasn’t delivering babies, but stealing them? Even better, what if it had a master? What if someone had the ability to command the seabird? I wanted to focus on absolute character transformation as well. How traumatic events in our lives alter our perception and ways of thinking. After all, we are products of our experiences and they shape us into who we are. Or what we become.

Partial inspiration was also Samuel Taylor Coleridge’s The Rime of the Ancient Mariner, a famous poem depicting the bird as a bad omen. The word (albatross) itself is a metaphor for a psychological burden that feels like a curse and let me tell you─that’s exactly how I felt. With each passing year, my burden grew and so did the weight of the albatross around my neck. While writing the story, I intended to remain faithful to my signature theme of the “human” monster, but also fabricating my own interpretation of the albatross jinx.

I devised a character who discovers that everything she ever thought she knew about her life was a bold face lie, spoon-fed by the one person she trusted the most. Betrayal can be a powerful motivator. The story morphs into a twisted vendetta of sorts, but ultimately, it’s about embracing our destiny, despite the bitter darkness it might bring. As the saying goes, “Better to reign in Hell than serve in Heaven.” The story’s protagonist certainly believed that statement. We are a selfish race. Everything we do is for our own benefit. We always think that our suffering is unique, that no one suffers as much as we do. That we are a superior species. These emotions drive us to unspeakable atrocities. Sympathy is dead. Our own happiness is all that matters. When our illusions are taken from us, we become dangerous. Driven. Obsessed. Bent on destruction. It was this diseased logic that motivated Mahi. It clouded her judgement and helped influence her shocking choices.

As Stephanie (Wytovich) mentioned in her insightful introduction, I created an almost symbiotic relationship between the girl and her companion. The downfall of Mahi and her path to self-destruction, can certainly be translated as a curse and the albatross element only boosts her bad luck. But what if their mutual curse became a unified force? What if they healed in each other’s misery? The seed of misfortune blossoms into this sheltered, subhuman existence and a psychotic sense of purpose─to make the mothers of this world suffer as much as she has suffered. To endure what she has endured. To deliver her own brand of justice and watch them eat ashes of their infants. Surrendering yourself to hate is a terrifying notion.

I think deep down at some point in our lives, we all experienced the urge to abandon our responsibilities, to leave our tragedies behind, and escape into the warm embrace of the unknown. To find ourselves in the unlikeliest of places. To be forgotten. That is the case with Mahi. But she seeks to unbury answers that will only result in more sorrow. Our hunger for knowledge can be punishing. The story also explores human relationships and why certain people thrive in solitude.

The writing process of Toroa was incredibly draining. Two years of self-loathing. Multiple rewrites bred depression and impending sense of failure. Do I have the strength to write another novel? The answer is that I don’t know. Time will tell. Forgive me, but I must go. The albatross is heavy.

Infants are vanishing all over Waitangi, a small island nestled in the Pacific Ocean. The local tribe believes a colossal albatross is responsible. Worse still, they are convinced that the seabird had been trained to carry out these sinister kidnappings.

On the other side of the globe, in England, a troubled Maori girl falls in love with Aryan — a charismatic fire-breather. As their doomed relationship unfolds, a tragedy strikes, leaving her forever changed. Grieving, she travels to the island in desperate search of her estranged father and seeking answers to her shrouded origins. Will her actions influence the mysterious events occurring on the isle? 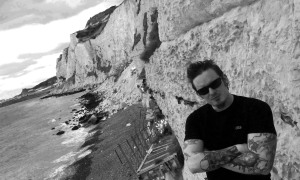 Erik Hofstatter is a dark fiction writer and a member of the Horror Writers Association. Born in the wild lands of the Czech Republic, he roamed Europe before subsequently settling on English shores, studying creative writing at the London School of Journalism. He now dwells in Kent, where he can be encountered consuming copious amounts of mead and tyrannizing local peasantry.

His work appeared in various magazines and podcasts around the world such as Morpheus Tales, Crystal Lake Publishing, The Literary Hatchet, Sanitarium Magazine, Wicked Library, Tales to Terrify and Manor House Show. Rare Breeds is out now via Dark Silo Press.

“Erik Hofstatter is his own brand of mad genius. He’s as fearless as he is emotive, and as twisted as he is fun. In this, his debut novel, Erik displays all the hallmarks of the unique talent proven in his previous works. This book will make you burn, make you scream, make you wish you’d never started it… even as you gather yourself to turn the next page.” – Karen Runge, author of Seeing Double

“… the emotional tug that The Crabian Heart exerts on the reader is palpable. The Crabian Heart is also a coming-of-age tale, one that resonates with the pangs of unrequited love. And as such, it concludes, like all great coming-of-age stories, with a very difficult and painful realisation for the love-struck main character. By the end of its 100 pages you will find yourself both haunted and moved by Hofstatter’s evocative writing.” – Starburst Magazine

“With The Pariahs, Erik Hofstatter has created a stark and chilling vision of a radiation-damaged world and the unfortunate heirs to it. His straightforward, unflinching prose does not shy away from brutality, examining dichotomies of strength and weakness, beauty and ugliness, and the things that truly matter when everything is taken away.” – Bram Stoker Finalist author Mary SanGiovanni

“These horror stories read like sharp, hard blows to the gut. Grab it and give it a read.” –  Bram Stoker Finalist John F.D. Taff on Moribund Tales

If you would like to review Toroa or feature Erik with an interview or guest article for a media publication, blog, or author blurb, please e-mail Erin Al-Mehairi, publicist, at hookofabook@hotmail.com.